I’ve been posting a few pictures from Riley’s Farm Colonial Faire.  They were reenacting the times just prior to and including the Boston Tea Party.  I did the Lasses and the Brits already.  Now we have the Americans.  Again, the lighting was terrible, yadda yadda yadda.  And I wish I had a better telephoto so these would be a bit sharper.  But I think these turned out OK despite all the problems.  All with my Nikon D7200.  Mostly with my 55.0-300.0 mm f/4.5-5.6 lens.

This first guy spent all of his time with the candle girl I posted a while back.  And most of THAT time was spent trying to twist apples in half with his bare hands.  Riley’s Farm IS an apple orchard, after all, so I guess that’s the thing to do.  I’m not sure if the candle girl was impressed or not.  I have no idea what his actual job was supposed to be. 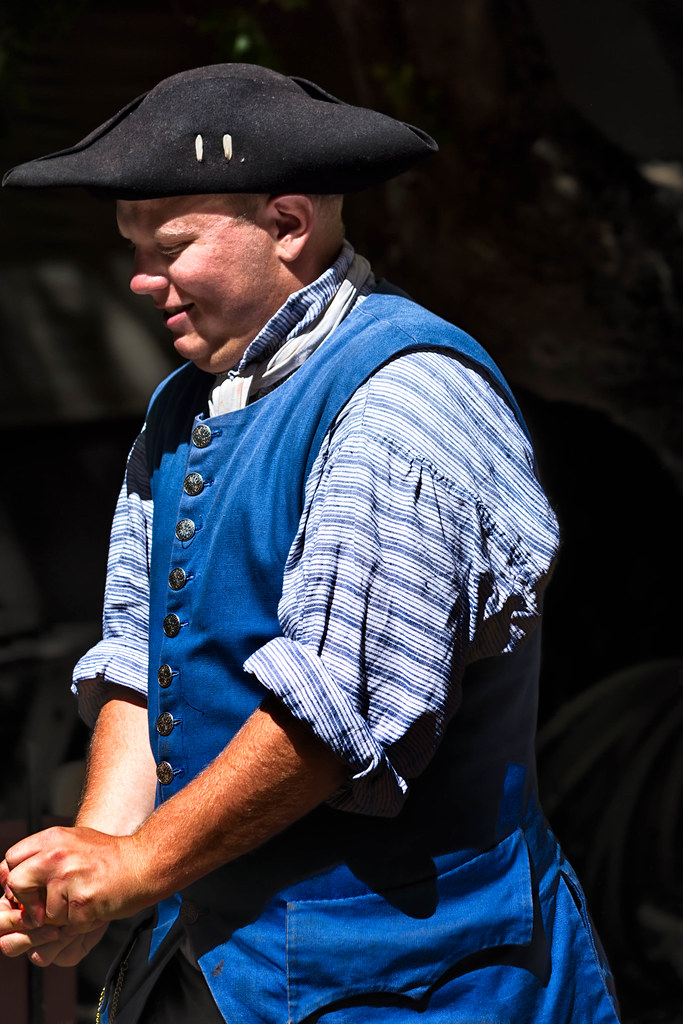 I believe this was one of the “officers” of the American militia.  He spent most of his time making sure the troops weren’t getting into any trouble and watching the inspections.  I wish I had better shots of him.  He just looks cool. 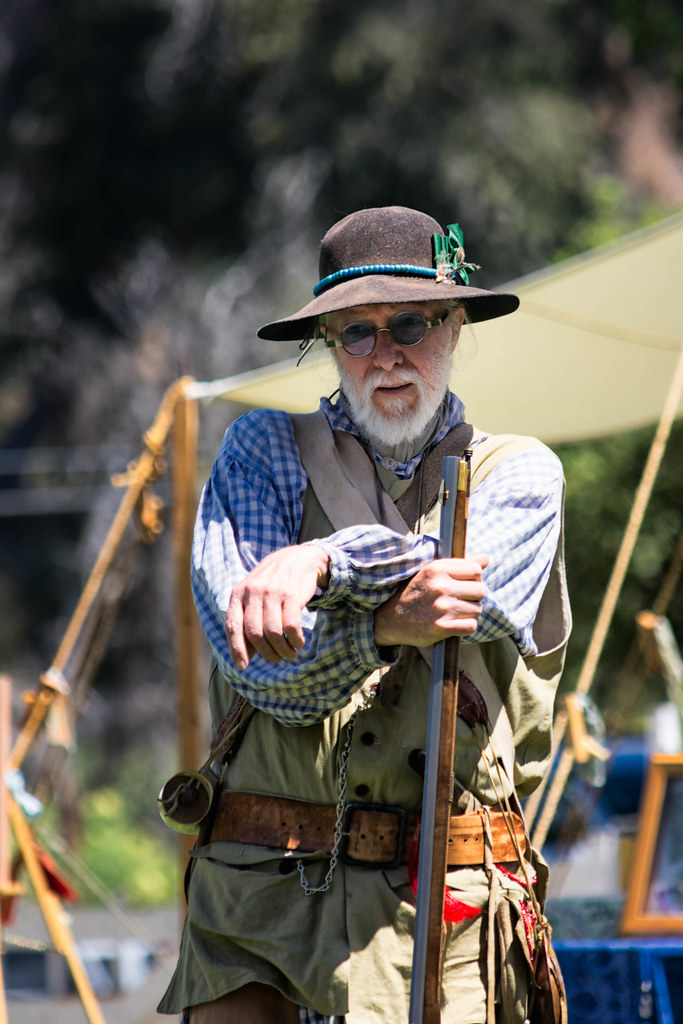 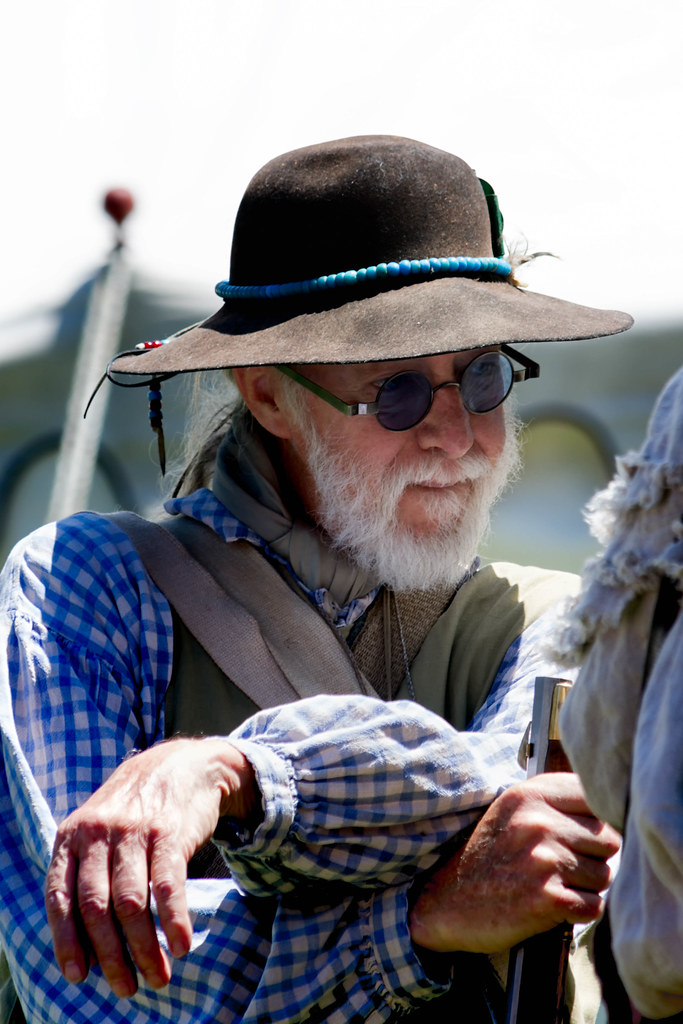 Another militiaman.  I don’t think he was an officer, but, apparently, his gear was a bit more expensive than the typical solider of the time.  He was very proud of his rifle. 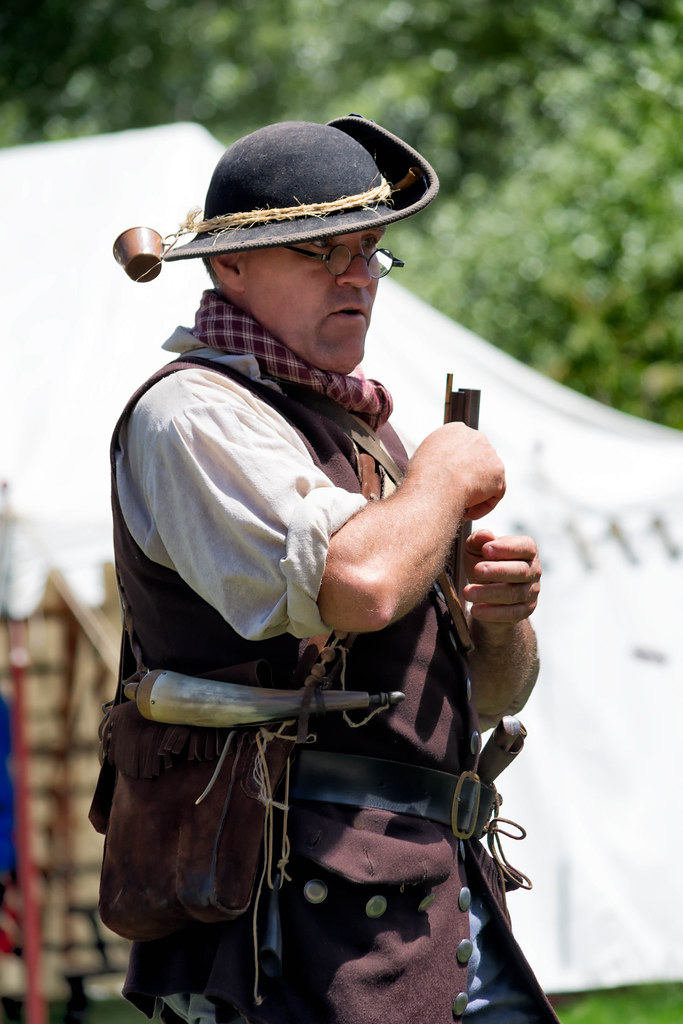 This next guy had a couple of jobs.  He was one of two drummers, shown here.  There was a second drummer but sometimes that guy had other stuff to do during the various demonstrations and this guy filled in.  Especially during the inspection of the American militia.  He was ALSO a pottery maker.  We sat and watched him working on a potter’s wheel for about half an hour.  Very mesmerizing work.  Unfortunately, none of those pictures came out and this is the only shot of this guy that looks even remotely passable. 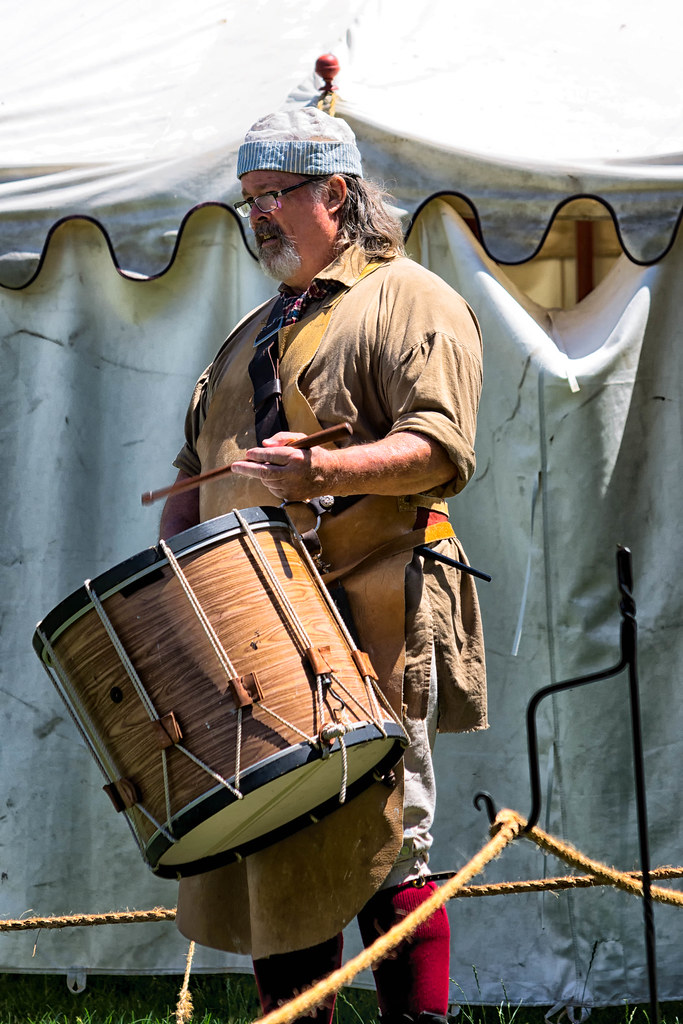 Next we have the village idiot.  The guy in front was always being reprimanded for doing stupid stuff and/or screwing up.  He even had to run laps around the camp holding his rifle over his head.  But he also seemed to be the one who smiled the most. 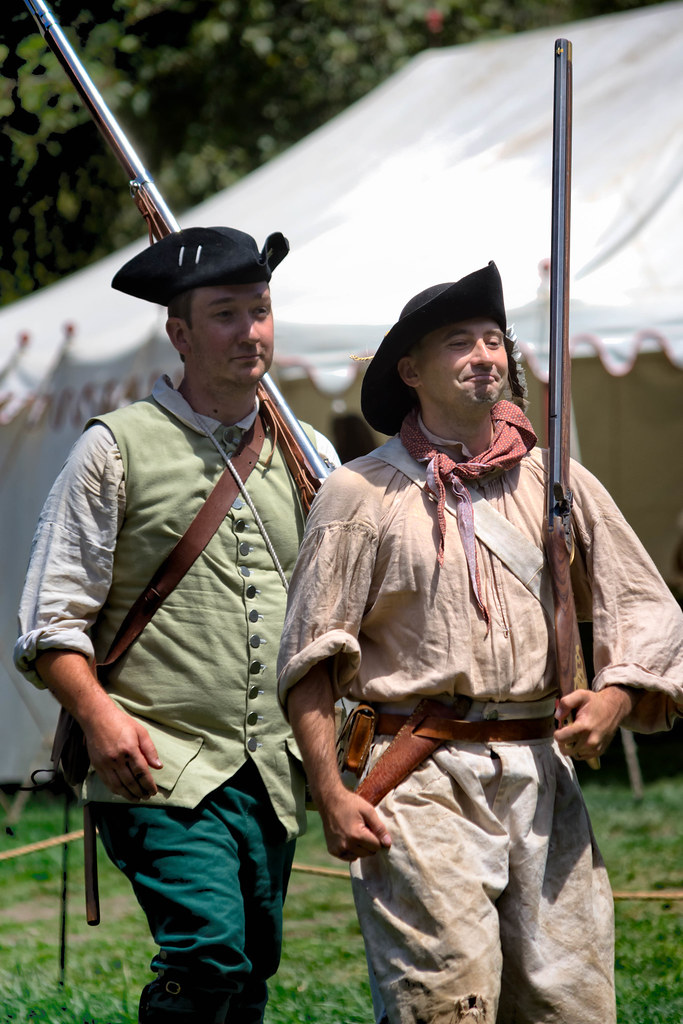 When it came time for dancing, the village idiot transformed into the village dance coordinator.  Which, I guess, makes a lot of sense.  He probably gets all the ladies. 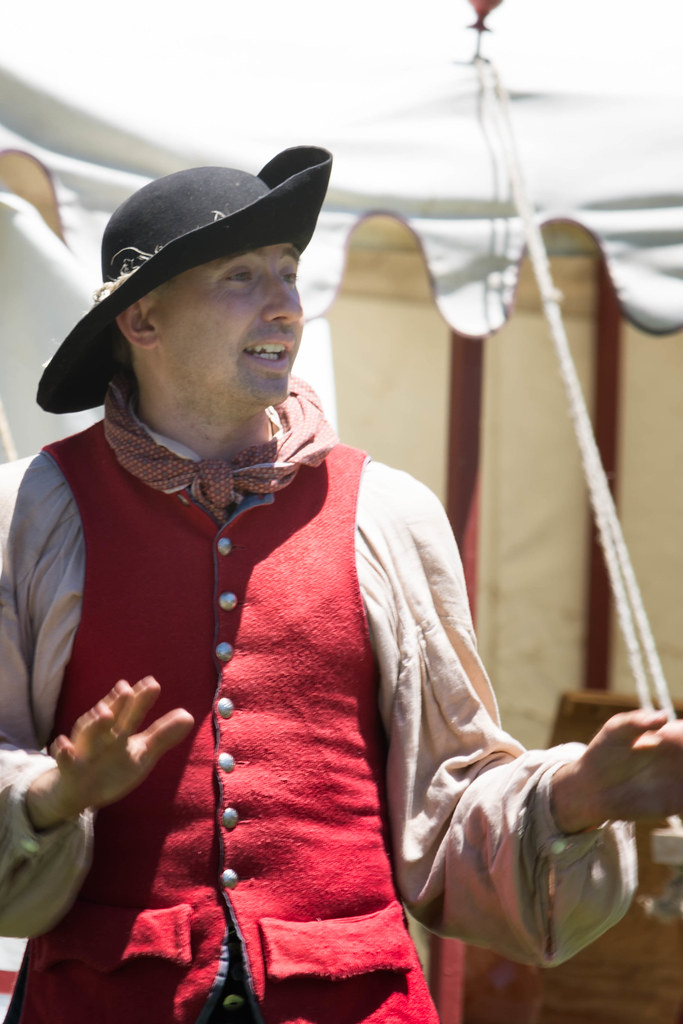 Finally, one of the people playing music for the dancing.  He took his job very seriously. 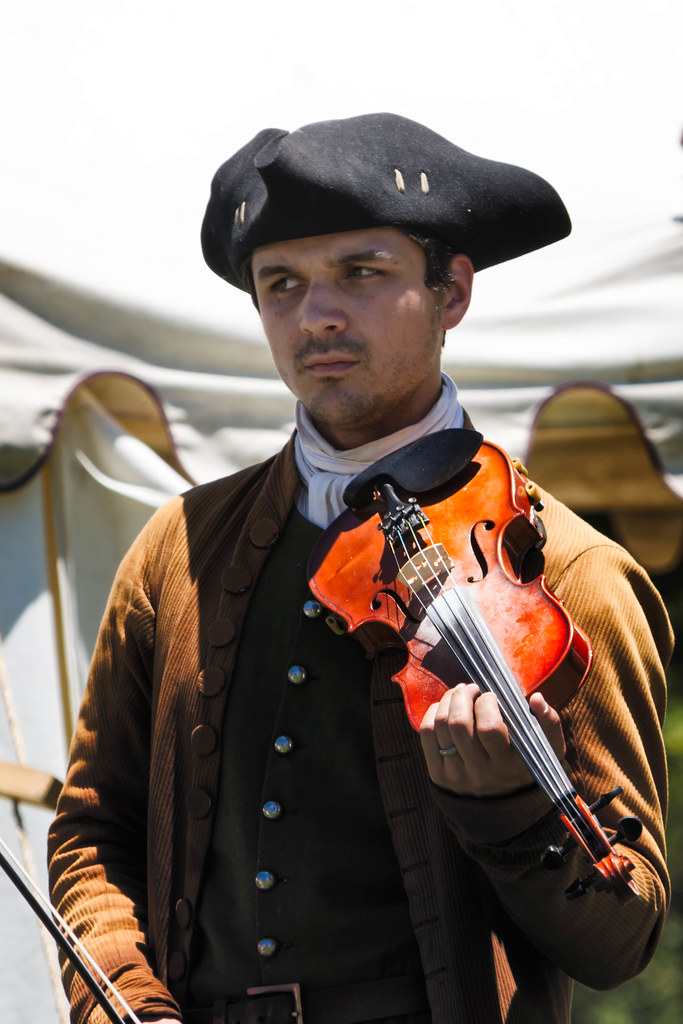