As promised, here are are the lads from the Colonial Faire at Riley’s Farm in Oak Glen from a few weeks ago.  I’m not thrilled about the sharpness in some of these, but short of walking into the middle of the demonstrations, it’s the best I could do.  Now I understand why people have such huge lenses when they do this sort of thing outside of a studio.  But I’m still learning.  As I mentioned when I posted the pictures of the Lasses, the lighting was terrible.  Basically, mid-day.  So I had to do quite a bit of photoshop fuckery to get the pictures even remotely viewable.  You’ll see what I mean.  Shadows are terrible in places and over saturation is rampant.  Doesn’t help that I edited these on my laptop…which seems to show pictures a bit brighter than my desktop, so a few of these are a little dark..  But I tried.

I decided to break them up into Brits and Colonials.  First, the Brits.  They started off the day with an inspection of course. 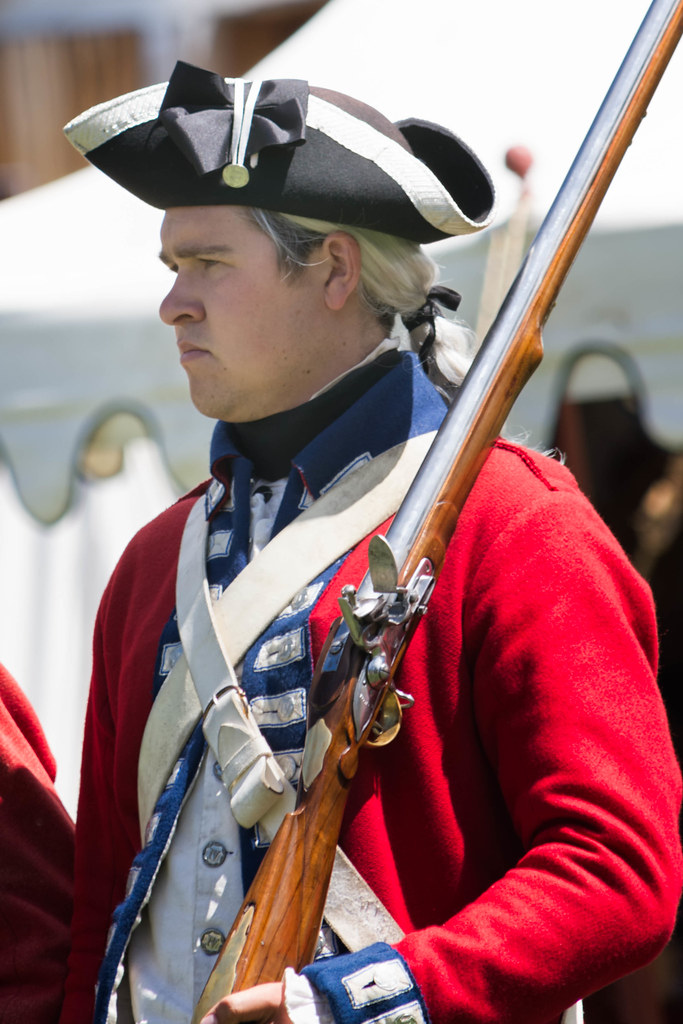 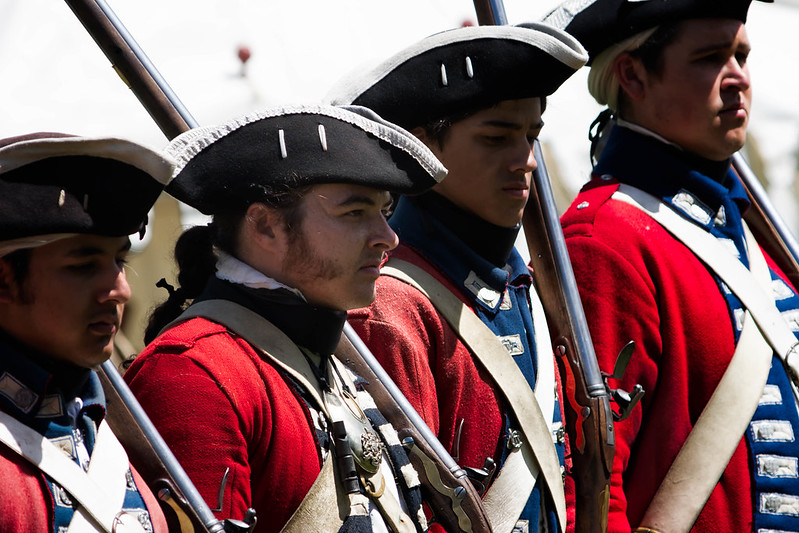 Several pictures of this guy turned out better than most of them.  No idea why.  Guess my camera liked him. 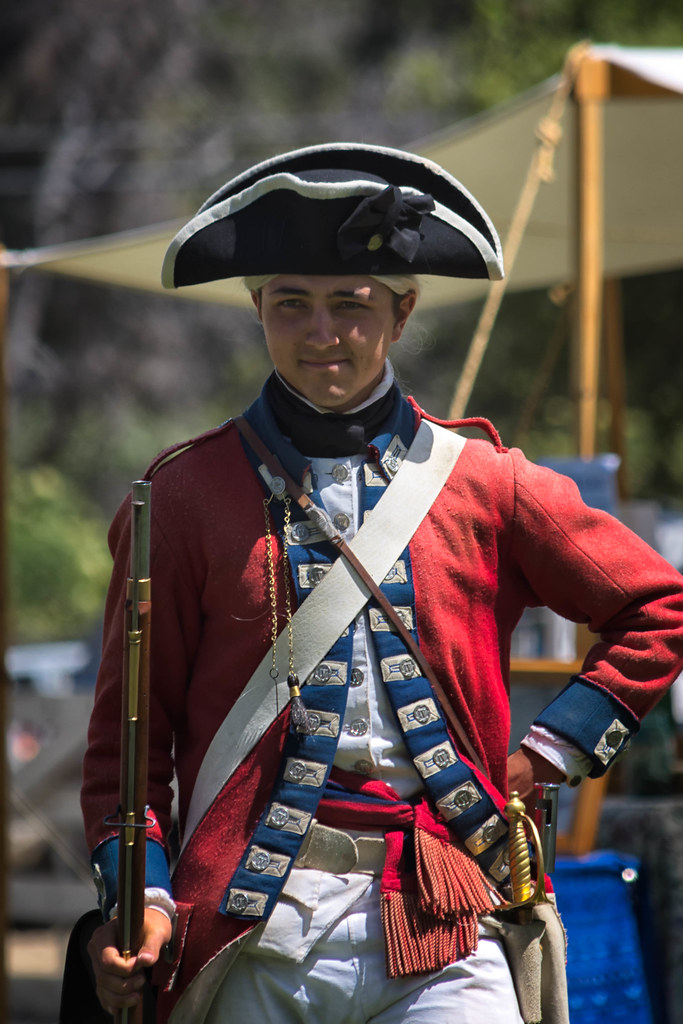 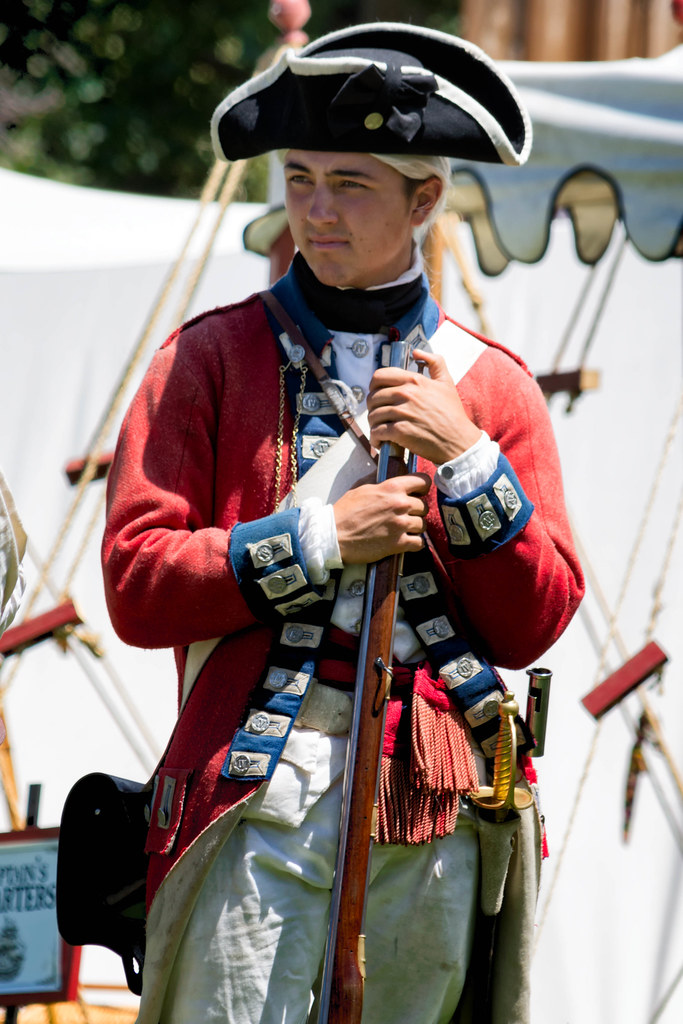 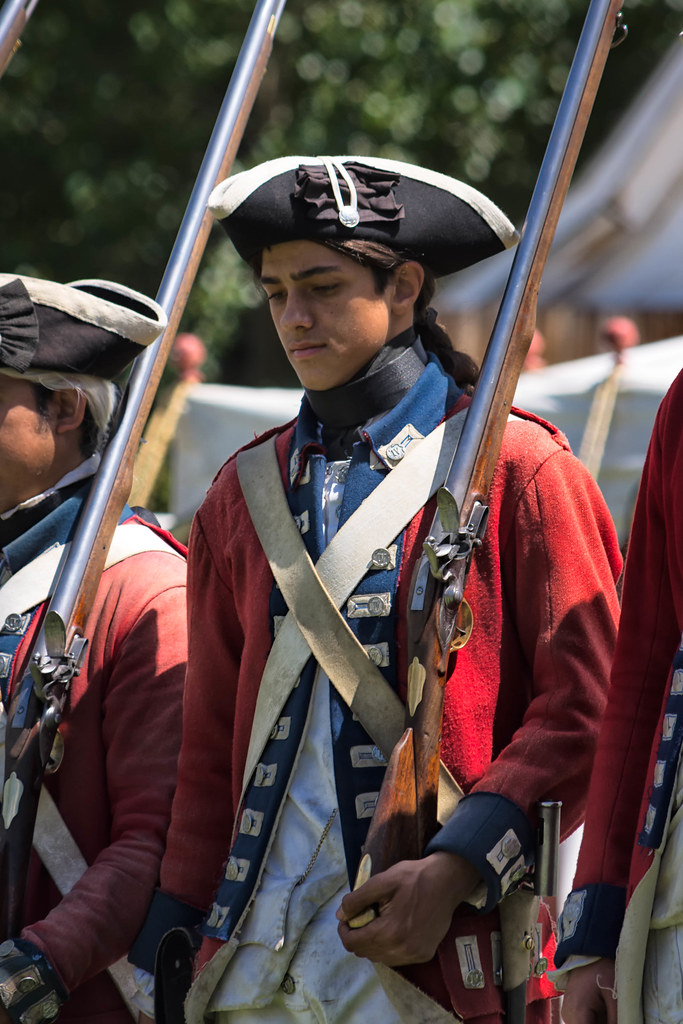 These next few were the “gentlemen” officers.  They also gave a demonstration on fencing.  They mentioned that they fought over everything that might be an affront to their honor.  Politics, women, religion, women, money, women, religions women…but not political women. 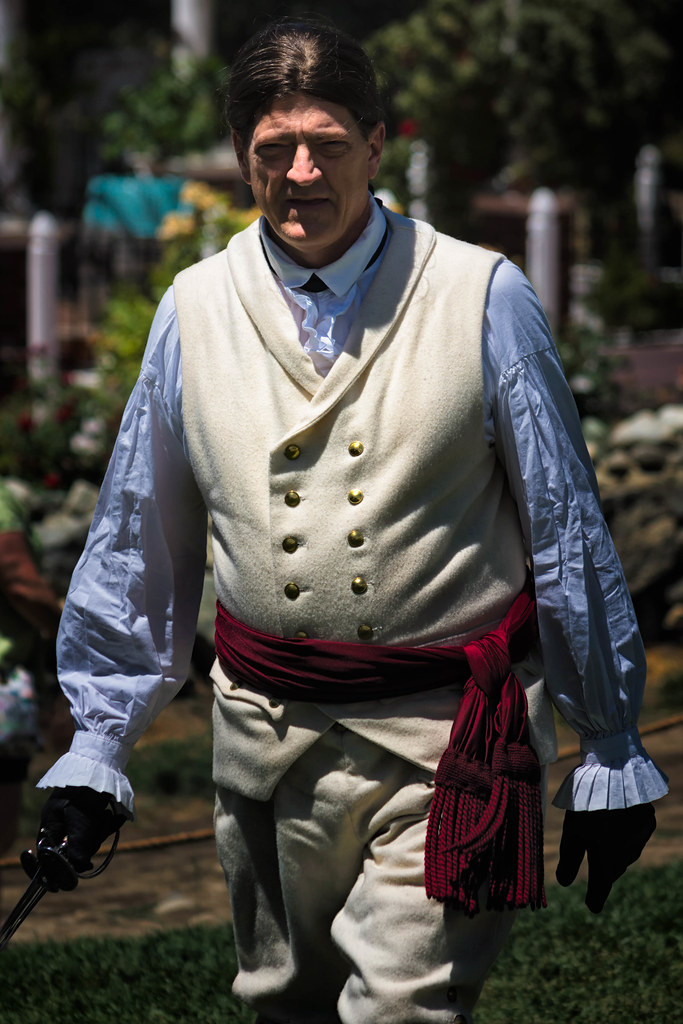 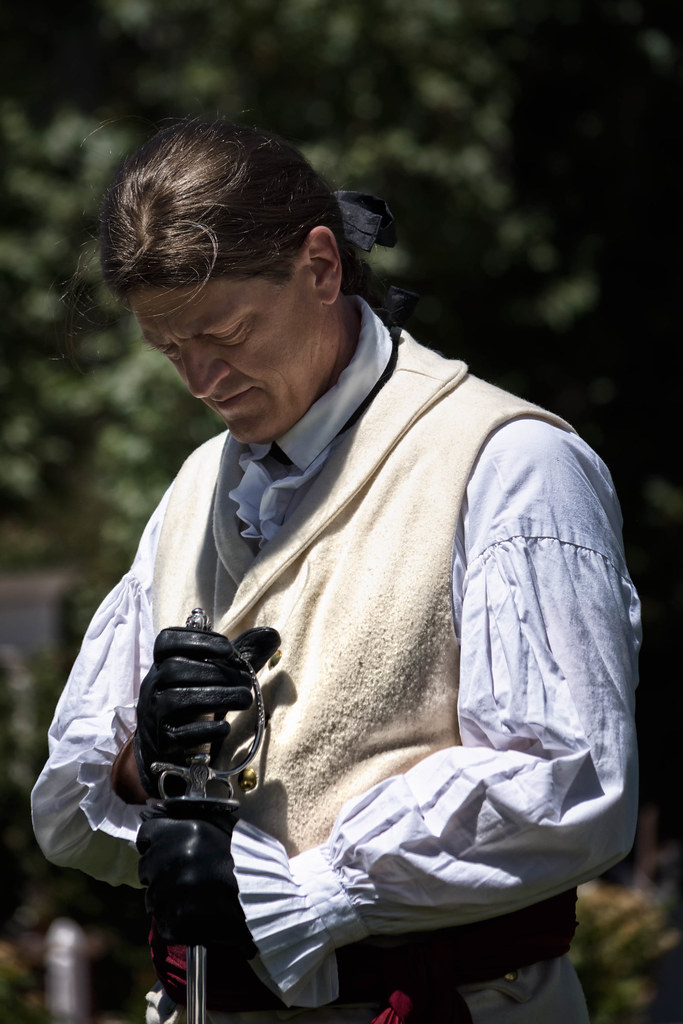 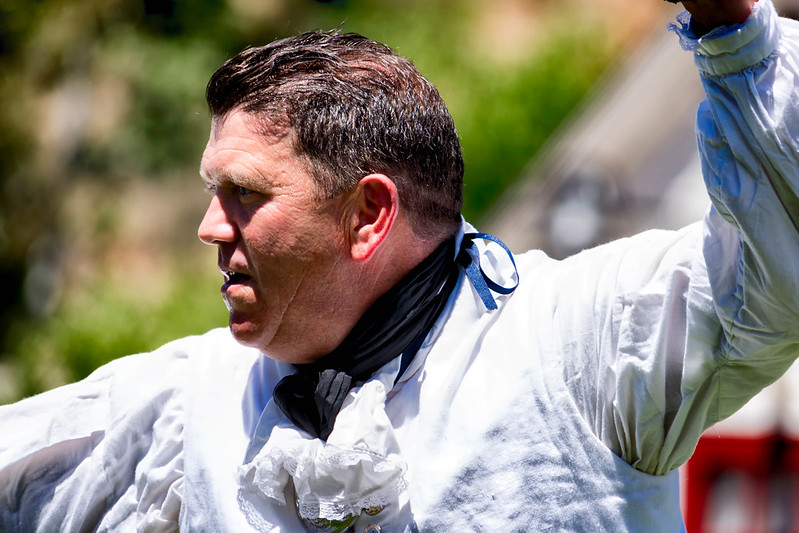 This guy played for the dancers.  And, obviously, he’s one of the soldiers above.  There was a colonial playing violin that’ll I’ll show with the next set.  I guess music breaks all political boundaries. 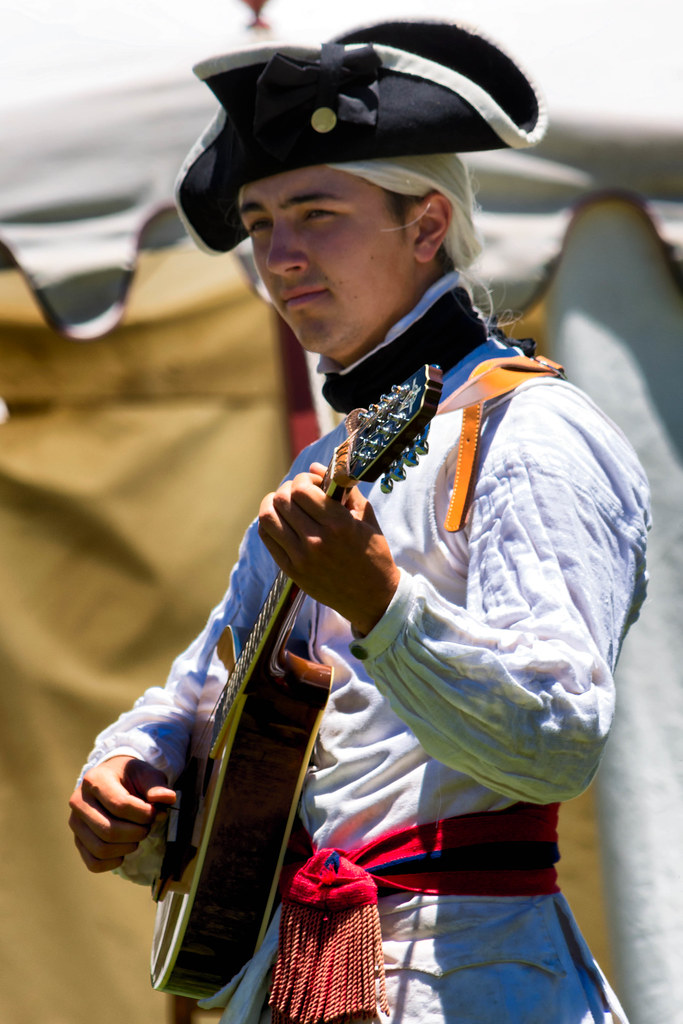 Next up, The Colonials.