A few more pictures from France.  These are from Gordes in Provence and over to Arles.  Most of them are from my Nikon D7200 but there are a couple with the iPhone.   This first one is of the Senanque Abbey.  All that vegetation in front of the abbey is lavender, but we were a bit too early and nothing was fully bloomed.  I couple of weeks later and you’d see the famous lavender flowers. 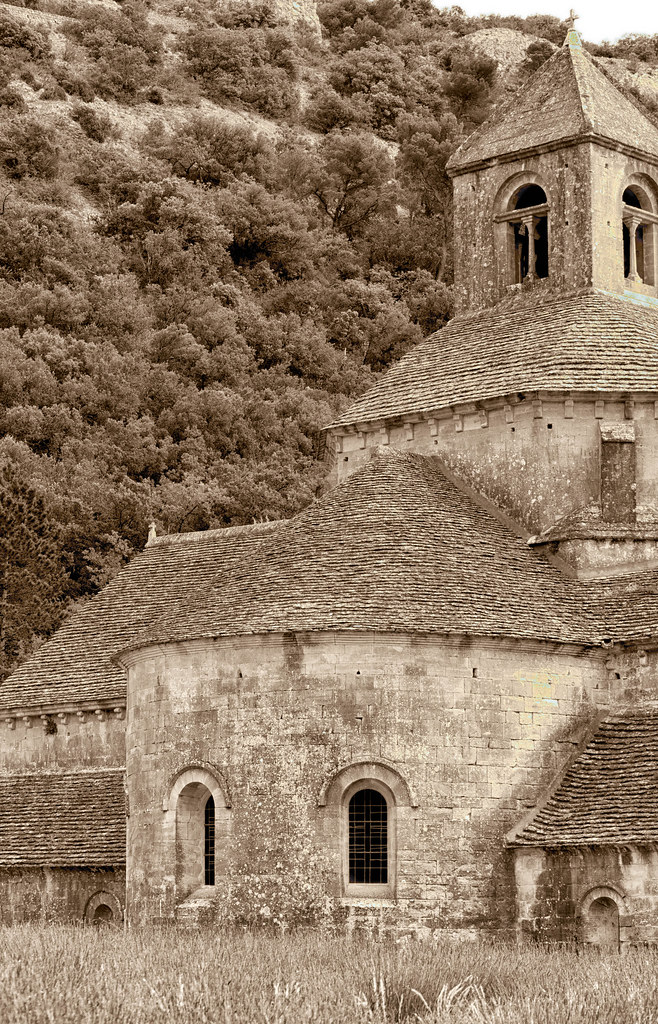 Another shot of the abbey. 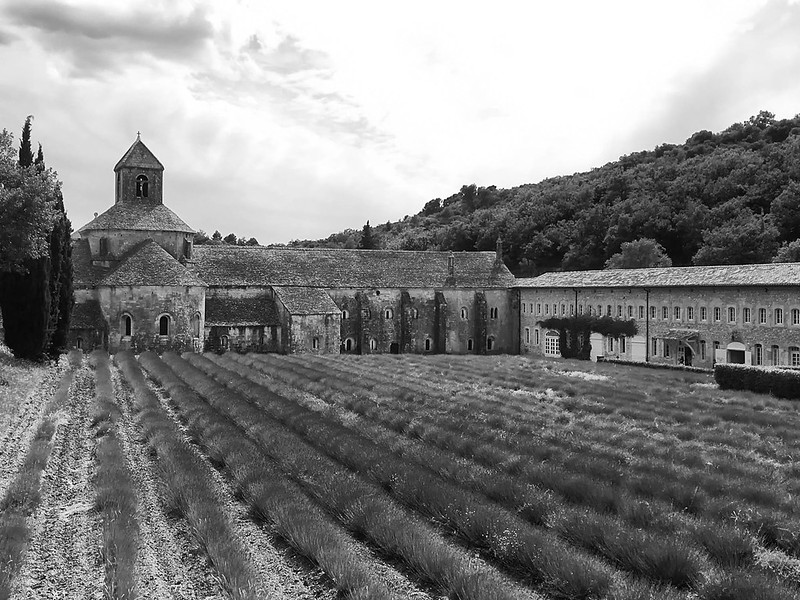 I’m not really sure where this is.  We actually drove right by it because we were running late to check into our B&B outside of Arles. Wish I could go back and explore, though. Also, it’s not really my picture.  I just edited it.  My travel companion, Nina Nishiyama, took it from our car window with her iPhone. 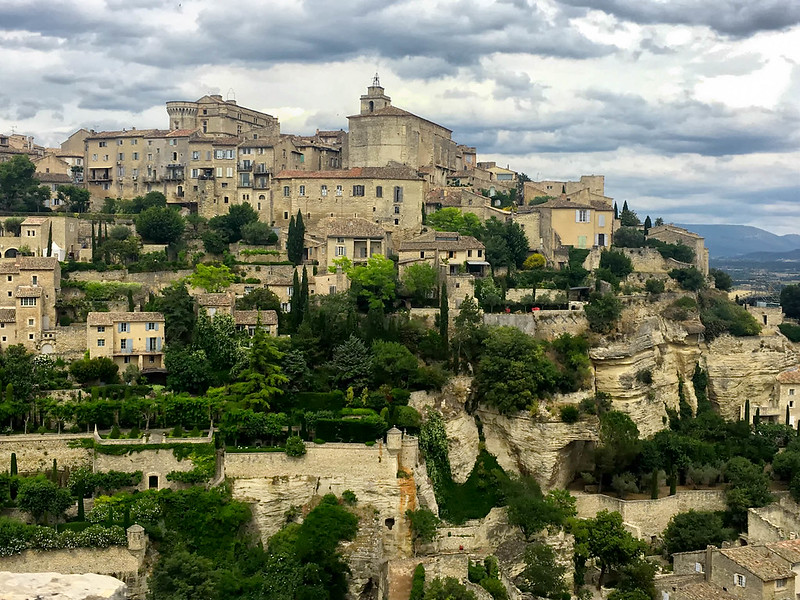 And, finally, we get to Arles.  This is another iPhone shot.  Mine, this time.  It’s of an old roman colosseum in the center of town. 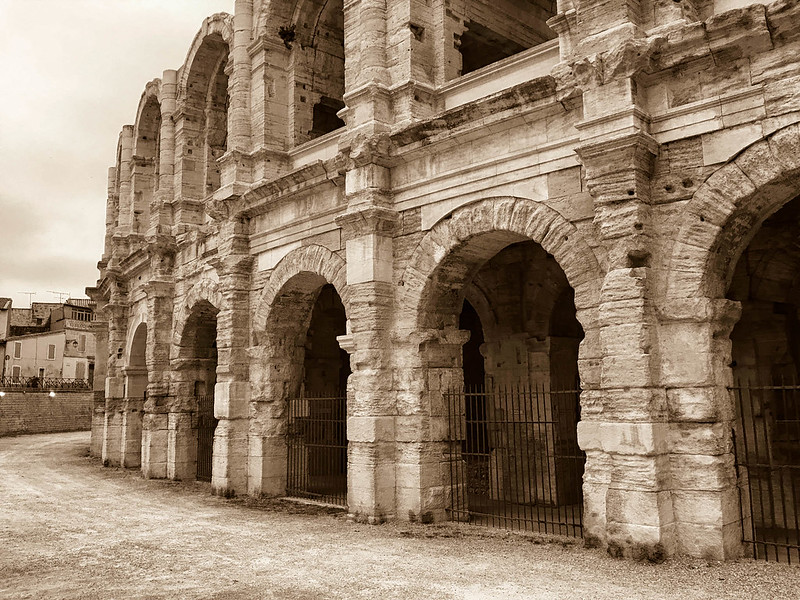 I just thought all those antennas looked interesting next to all the old stone work. This was taken from the walls of the colosseum. 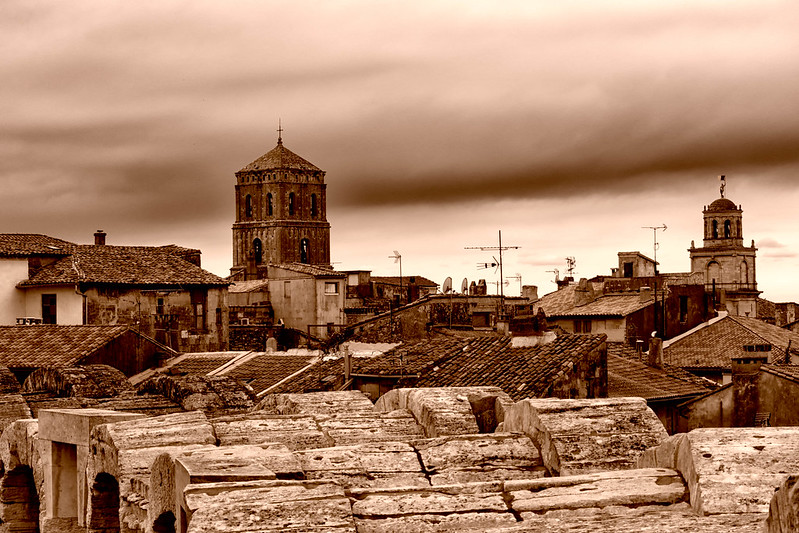 Same church tower as seen above. I believe this was take in the back of the Arles Roman amphitheater.  I took a few pictures of the amphitheater itself, but it was set up with modern rigs and lighting.  I guess they still do plays and stuff there.  But none of the pictures were all that interesting. 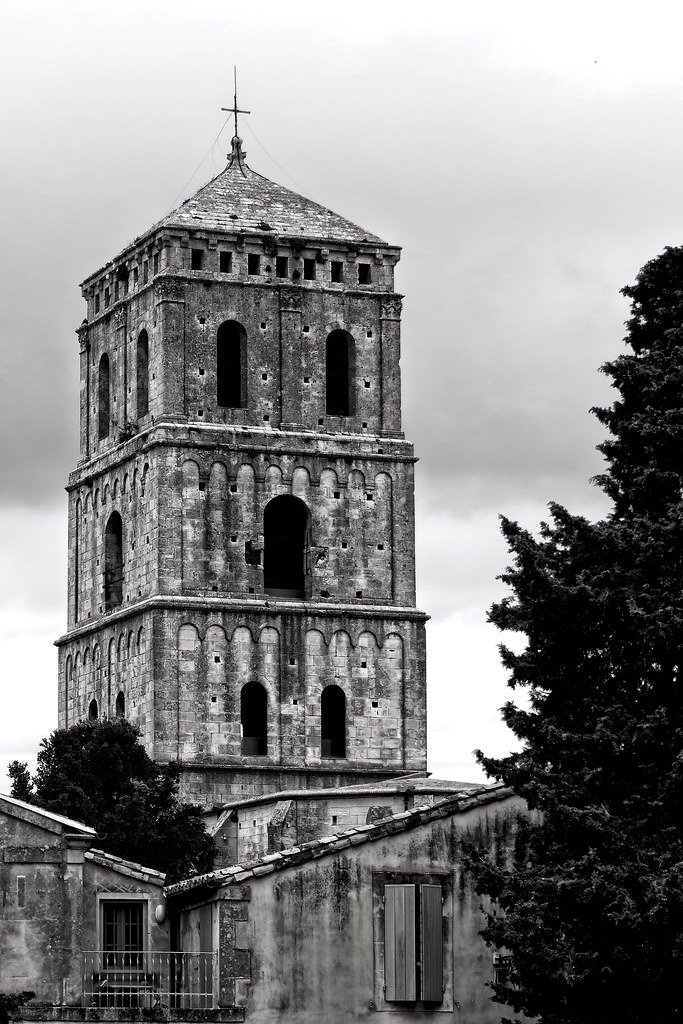 Another tower.  This one was taken from the back wall of the amphitheater. 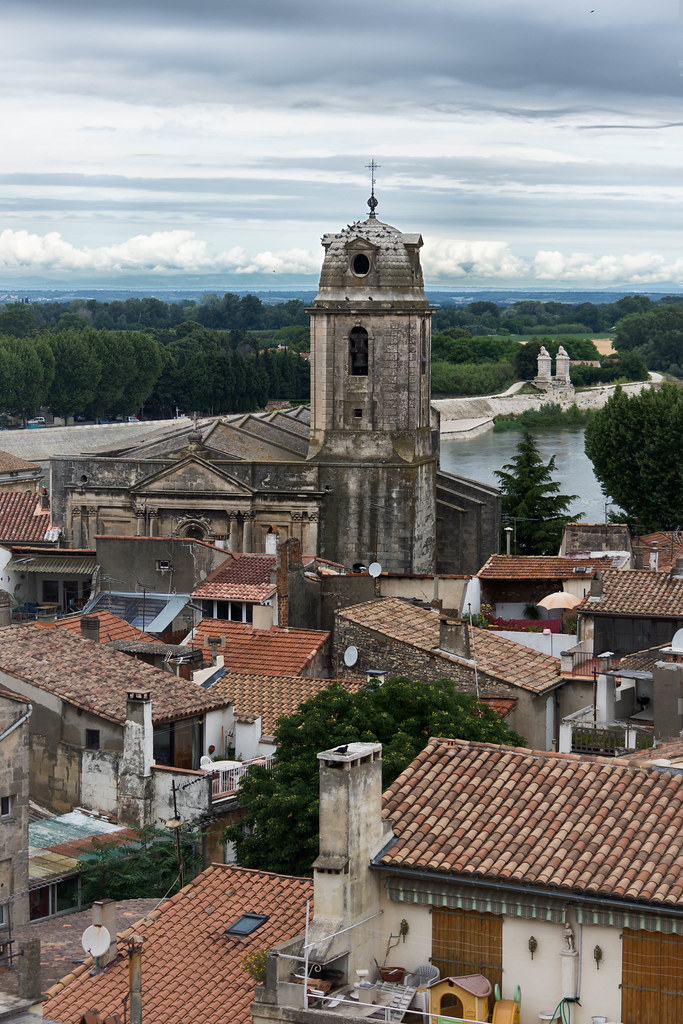 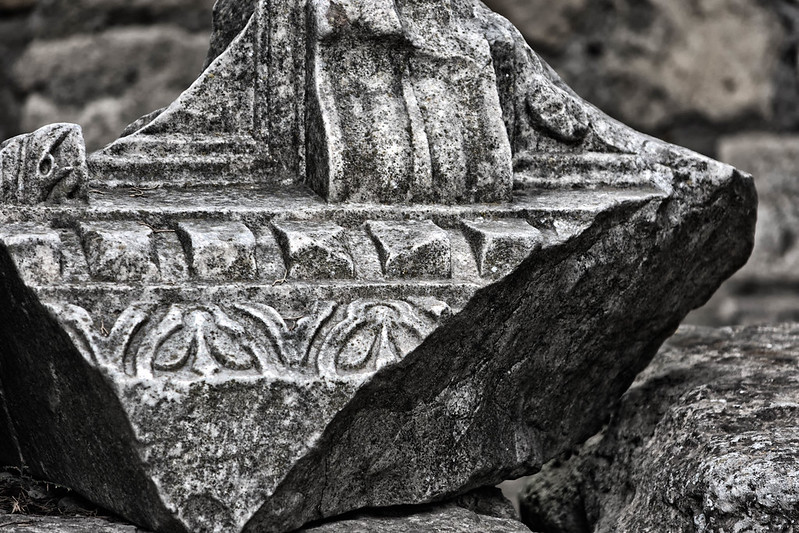 Just some random alleyway that I liked. 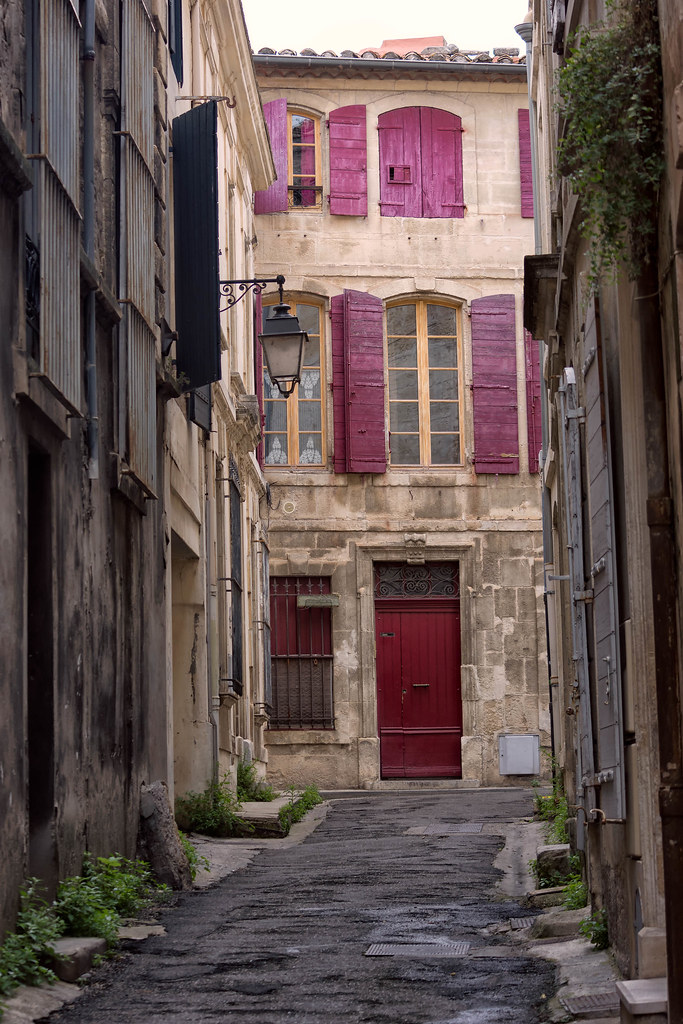 This is from a fountain in a public square.  I just thought it was pretty cool.  There were lots of people around so it was hard to get any decent shots of this.  This was the best I could do. 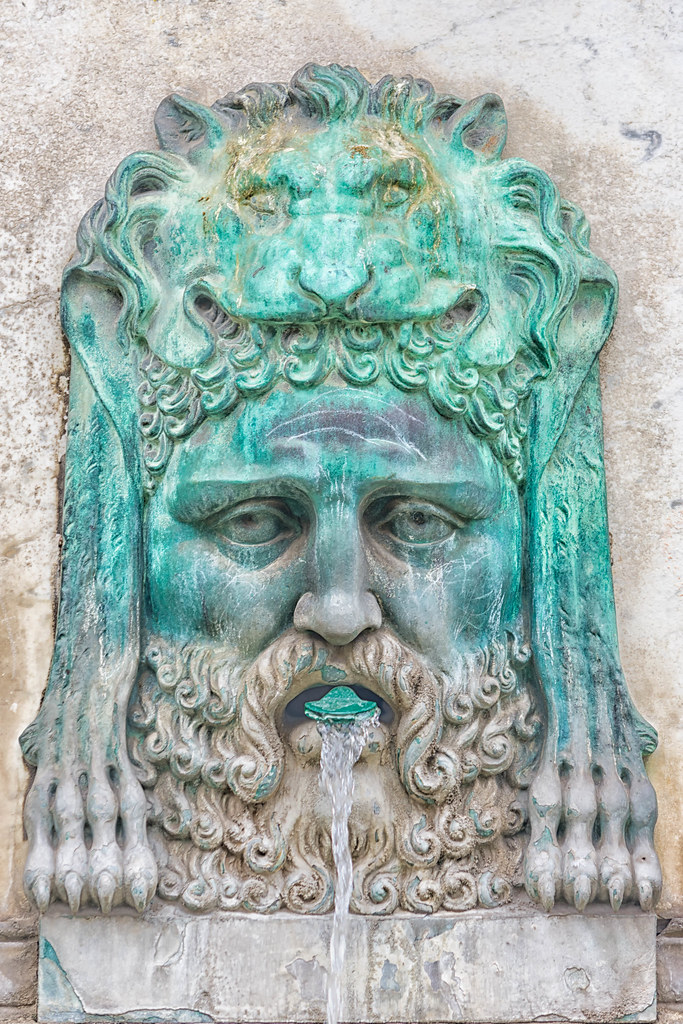 This was above the church in the same public square as above.  We couldn’t go in as it is still an active church and they were having mass.  But some of the stonework around the door was amazingly detailed. 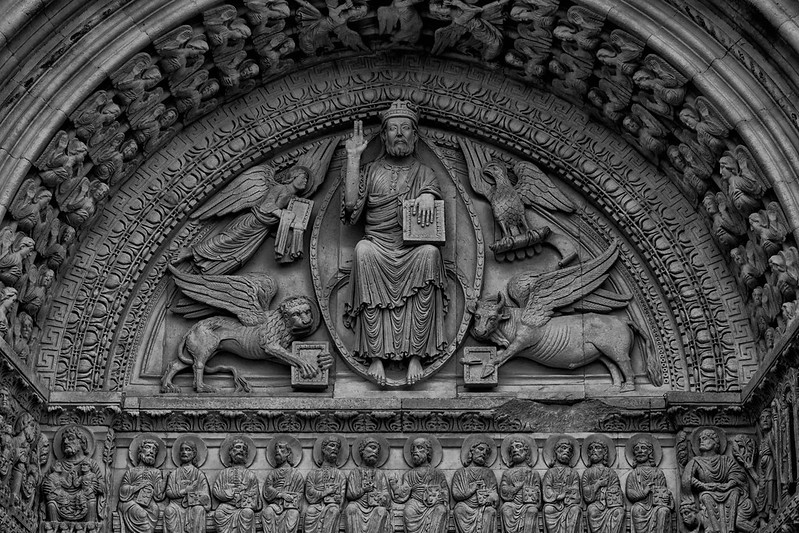 And some of it looked a bit worn.  Same church, just closer to the ground. 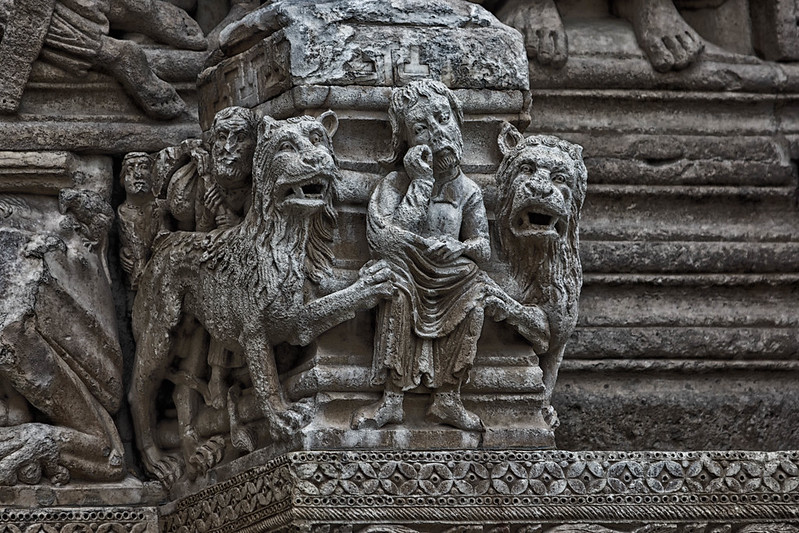 Then, finally, after walking around all day, we went to this Balkan cafe for lunch. 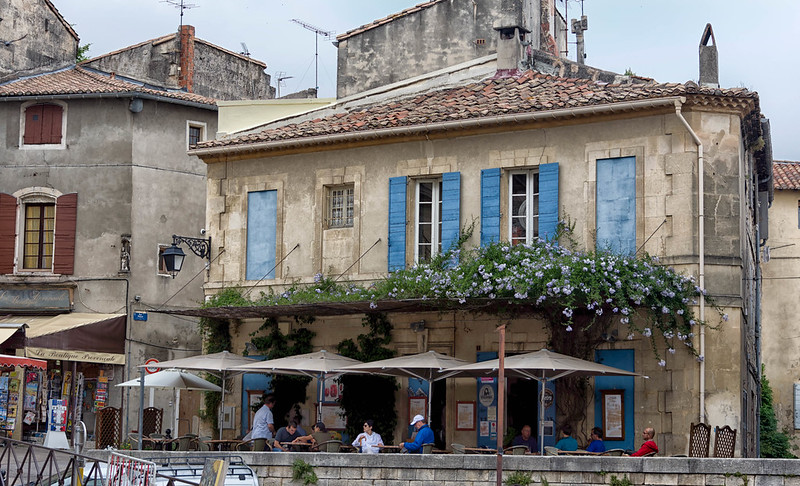