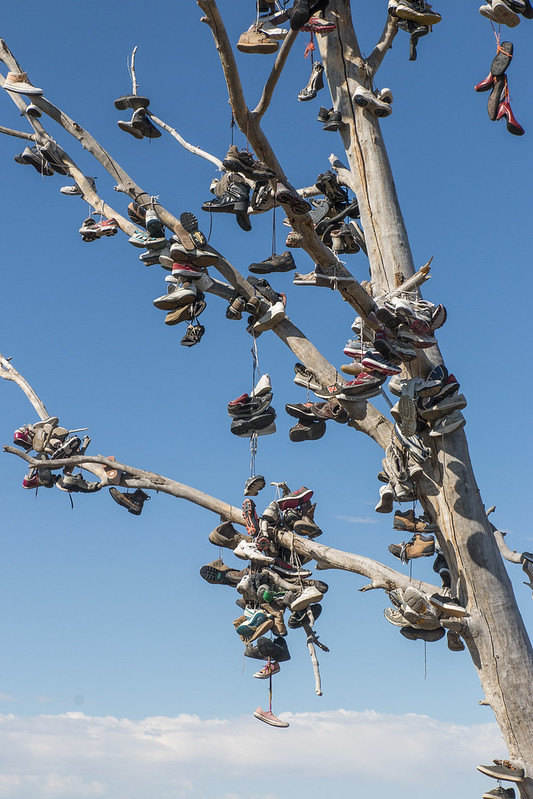 I happened on this one a few miles west of Delta, Utah, on U.S. Highway 50 (“The Loneliest Road in America“). I saw no other trees at this spot. I don’t know why, but over probably years, people have tossed shoes into this tree. I thought it unusual. But apparently it’s not. RoadsideAmerica.com lists shoe trees in 21 states, and several such trees in many states.

A few days later, on Highway 93 near the Nevada-Utah border, I happened on another tree. Only this one had bottles and cans strewn among its branches. I suspect this one had only a few suspects, as most of the containers were attached to the tree by cord of the same color. 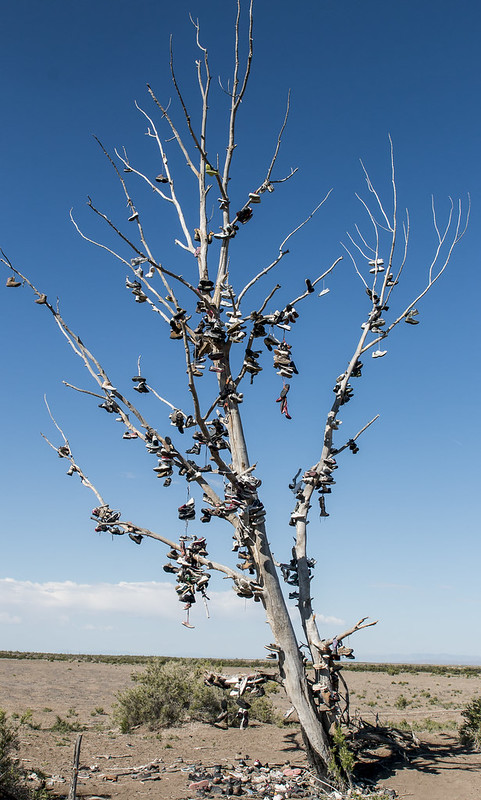 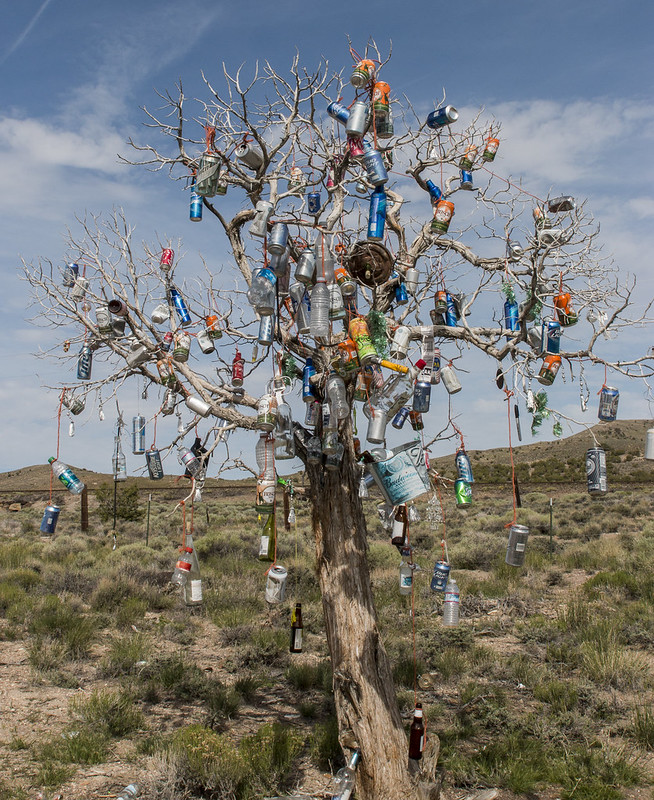